Do you want to work with the world's most enigmatic mushroom?

Are you interested in learning more about the iconic red with white spotted mushroom Fly Agaric which has influenced cultures across North America throughout Europe and across Asia? This highly revered initiatory mushroom is very different from other entheogens and psychedelics as it has adaptogenic GABA and acetylcholine responsive compounds which work with your brain and whole autonomic nervous system (ANS) (endocrine - gonadal axis through your ANS and all your major organs) rather than being in the tryptamine family which works singularly with the serotonin and dopamine neuromodulations along the gut brain axis.

Learn to forage Fly Agaric and make your own tincture!

If you are interested in learning how to make your own tinctures with fly agaric and other water/alcohol soluble mushrooms please sign up to be notified about the next online training workshop. This online practical workshop will be £55 and there will be options to order supplies from me for those of you who would like to make your own tinctures but do not have access to the raw materials for additional cost. This workshop is recorded for those who would just like the workshop recording instead of scheduling a zoom session.

These products have ingredients blended together to help balance your mood, mind and body. While there is a lot of cross over in what the combination supports, very generally, the mushrooms help to support your immune system, liver and gut while the herbs help to balance your fertility centre, adrenals, pituitary-gonadal axis which is your hormone centre. These potent micro dosing creations are made with the intention to bring balance and deepen self love. Helping you to heal at every level. Detailed information can be found under product info on my shop.

Amanita muscaria is a power medicine to journey with. It has been used for thousands of years as an initiatory medicine for filidhs (an elite class of poets in Celtic cultures) druids, shamans, and other spiritual leaders in ancient communities world wide. Such initiatory journeys need time and preparation as well as building a relationship with the mushroom. For this reason I have designed a few journeys to introduce you to this ancient mushroom as a pathway of self discovery toward mystic initiation if you feel so called.
Amanita muscaria is highly recommended to micro dose with as a preparation and integration medicine in conjunction with other psychedelic. I do not endorse or sell anything illegal but am happy to share clinical and high population resourced anecdotal studies which support all claims and finding I site.

"It [the mushroom] permits you to see, more clearly than our perishing mortal eye can see, vistas beyond the horizons of this life, to travel backwards and forwards in time, to enter other planes of existence, even to know God." Wasson 1957

The introductory effects of Amanita Muscaria (AM) are very subtle.  To get overt profound effects, they require a relationship to be forged with before the deeper revelations are gifted to you.

Practically, this means that before journeying you must micro dose for a minimum of two weeks. To help you with this, I will send you suitable supplies prior to the events. This will be for two weeks of micro dosing as preparation and for integration after the weekend.

Microdosing works by building up of adaptogenic compounds on the GABA and M.Acetylcholine receptors in the brain. These have a cumulative effect reaching saturation at around two weeks of daily consumption at micro dose levels.

Lasting therapeutic effects occur after completion of the micro dosing course (approx 30-90 days).  This then enables greater amount of use to be considerably more enjoyable and easy as well being profoundly and overtly experienced within the body.  The subtle nature of these plants means that they are not for everyone.

Friday – AM 5gr ceremony with an Ecstatic Dance Journey

Places Strictly Limited (to ensure everyone gets the personal attention required) 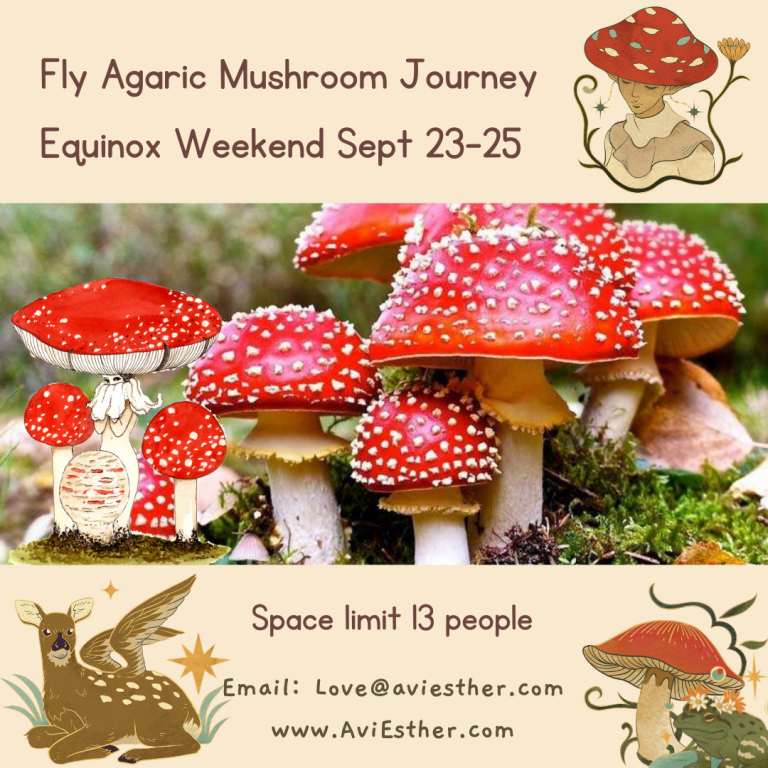 For those who live in many parts of the world and wish to engage with this mushroom and it’s comprehensive healing properties, I will be offering a closed container starting at the end of Sept, Autumn Equinox until Winter Solstice (December).

We will have an on going group chat on telegram and meet once every other week with sound healing mediations, sharing circles, and gentle movement / stretching/ postures for self alignment as well as some aligned story telling as it relates to the ancient myths of this work.

Included in the price will be the full 3 month micro dosing course. You will receive it in dried mushroom form and choose to take as capsules or make into tea. All information for working with this mushroom will be provided. 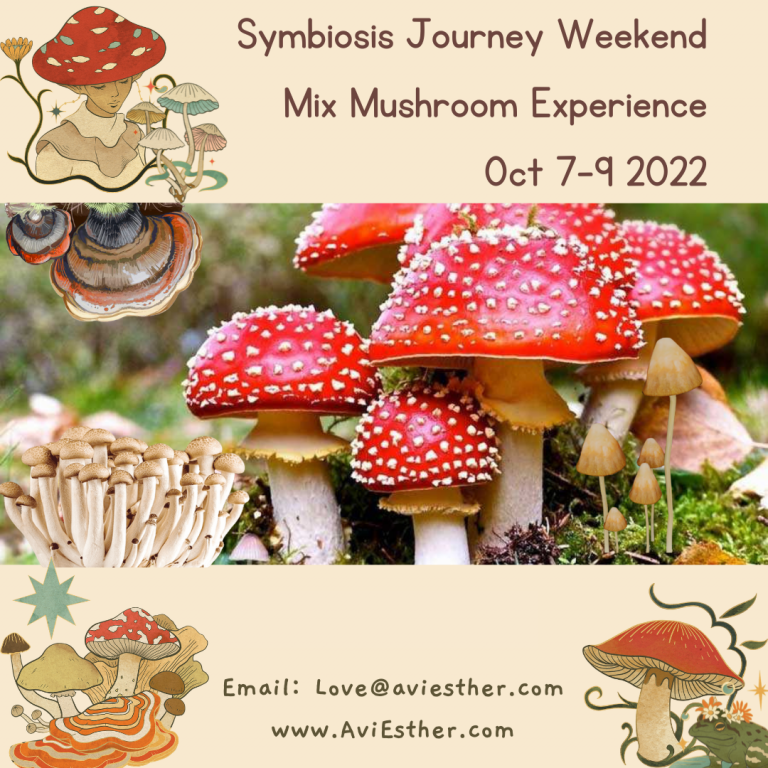 This is for those that want to delve really deep into Serotogenic plant medicines. As more and more people around the world explore this work, I feel privileged to be able to bring you this unique weekend experience.

I will be joined by a Spiritual Guide who brings a combination of Western Scientific expertise as well as Eastern Mystic traditions and philosophies from India. I feel delighted to work with someone who balances my deep, powerful, feminine energy with a strong, benevolent masculine presence.

We will both be there beside you as venture into the deep realms of this sacred space. Having navigated these space ourselves we have an intimate understanding of your unique and specific needs.  We will make sure that you are in safe hands as you freely explore this work.

The highlights are similar to the Sept retreat with a mix of herbs, mushrooms and practices. 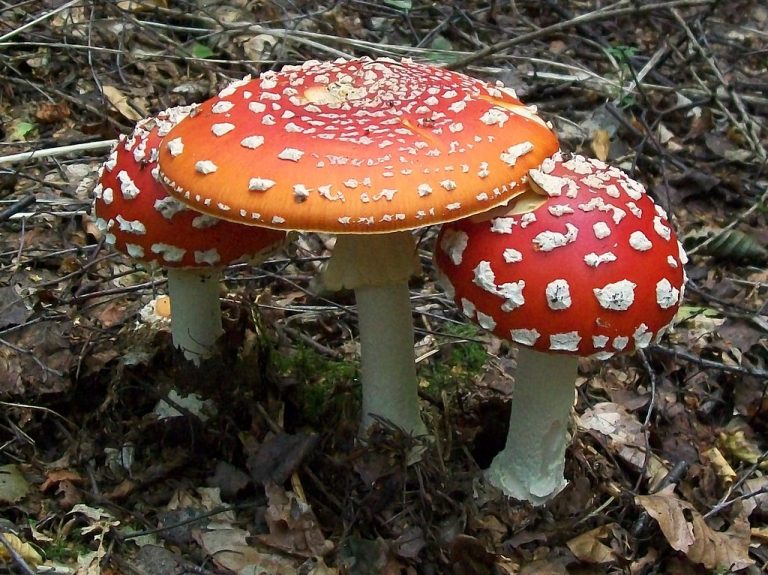 For thousands of years Amanita Muscaria was used as an initiatory medicine for filidhs (an elite class of poets in Celtic cultures) druids, queens, kings, shamans, and other spiritual leaders in ancient communities world wide.

When prepared correctly this mushroom can make you feel quite sleepy and sedated sending you into vivid dreams which have healing qualities. In moderate dose the mushroom will give you TONS of energy and a somatic sense of bliss while guiding you to look at and “dialogue” with somatic emotionally held traumas facilitating healing and transformation.

Deeper journeys can take you into the otherworld or other dimensions. It is fully encompassing and a mystic initiation. These deeper experiences must be prepared for with micro dosing for 90days and small and medium/high journeys with Amanita Muscarian forging a relationship with this specific mushroom before they will open these realms to you. 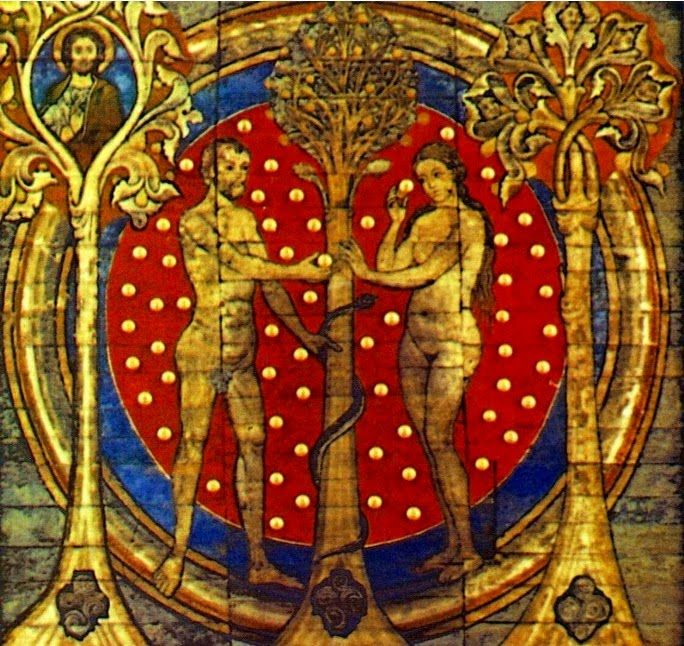 "Fly agaric was soma, at least during the time of the ninth mandala. There are proofs in verse, but people don't understand the meanings. The soma recipe is in the Rig veda." - Clark Heinrich

What people who use this tincture say: 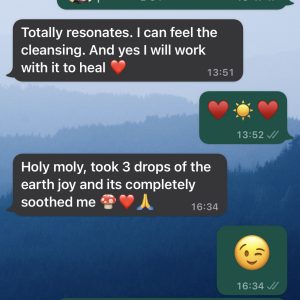 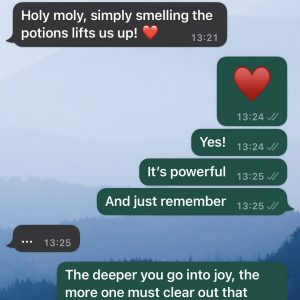 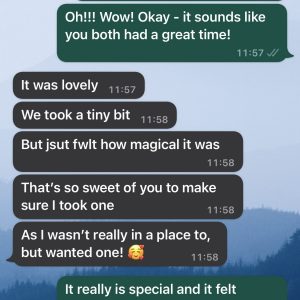 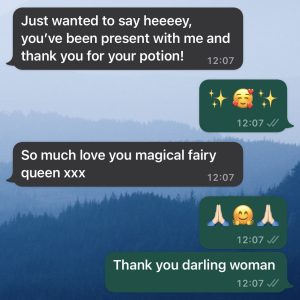 So you've foraged some fly agaric yourself but you aren't sure what to do now? Sign up for this online class and learn how to correctly identify and process this iconic mushroom for medicinal topical and internal use.

There is a lot of stigma around this divine mycorrhizal fungus. Avi Esther has been working with this mushroom and other healing herbs for over four years and has discovered different extraction methods and plant combinations to optimise its symbiotic, healing and magical medicinal use for increasing health and wellbeing physically, emotionally and mentally. Sign up to learn more!

The benefits of microdosing A.Muscaria include therapeutic use for alleviating conditions such as alcoholism, nicotine addiction, depression, insomnia, chronic stress, migraines, menstrual pains, hypertension and much more! Use as a nootropic helps with raising creative energy, stabilising emotional responses and an improvement in overall feelings of well being.

Unfortunately there is no way to know how your biochemistry will respond to this mushroom with approximately 10% of people reporting no effect. (those people tend to carry significant traumatic memory in their bodies and my theory is the mushroom is working at a subtle non viscerally identifiable level) 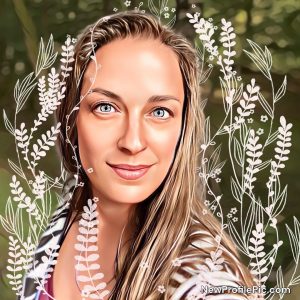 There is a lot of stigma around this divine mycorrhizal fungus. Avi Esther has been working with this mushroom and other healing herbs for over five years and has discovered ways to optimise its symbiotic, healing and magical nature for medicinal use physically, emotionally and mentally. She has been working as a transformational guide, birth prep.and rebirth facilitator since 2011.

Q. Will I get sick from Amanita muscaria?

If not prepared correctly this mushroom can make you vomit, have sweats and chills, and feel unwell. At higher doses of raw and poorly prepared doses this mushroom can hospitalise you with muscarine poisoning which impacts important control systems in your body. PLEASE RESPECT THIS MUSHROOM!

If prepared correctly and respectfully used this mushroom can change your life in positive and magical and healing ways beyond any words I could convey to you here.  This is a highly loving, though tough, intelligent nature ally who’s chemistry inspires the threads which connect science to the mystic realms.

This non-addictive mushroom works on the same pathways as alcohol and benzodiazepines. In topical and micro dose applications it can be anti inflammatory and anti anxiety helping to alleviate such conditions as alcoholism, nicotine addiction, depression, insomnia, chronic stress, migaines, menstrual pains, hypertension and others. It has also been reported to to increase creative energy, stabilise emotional responses and increase over all sense of wellbeing.

In Larger doses have wide and varied effects. If not prepared correctly can make you VERY SICK! PLEASE DO NOT EVER EAT THIS MUSHROOM RAW!!!! When prepared correctly this mushroom can make you feel quite sleepy and sedated sending you into vivid dreams which have healing epiphany or prophetic qualities. Another possibility is the mushroom will give you TONS of energy and a somatic sense of bliss while guiding you to look at and “dialogue” with somatic emotionally held traumas facilitating healing and transformation. Deeper journeys can take you into the otherworld where one navigates subterranean dimensions and spirits. Unfortunately there is no way to know how your biochemistry will respond to this mushroom with approximately 10% of people expressing no effect. (those people tend to carry significant traumatic memory in their bodies and my theory is the mushroom is working at a subtle non viscerally identifiable level)

Q. What is muscimol, ibotenic acid and muscarine?

Muscimol and Ibotenic Acid are dissociatives and selective agonists for the GABAA receptor set, unlike Psilocybin, which is a psychedelic and an agonist for the 5-HT2A receptor set. Muscimol is the product of the decarboxylation or drying of ibotenic acid and it is thought that muscimol significantly more potent as ibotenic acid.

Muscimol is a GABAA agonist which binds the GABAA receptor complex, as opposed to other GABAergic drugs such as barbiturates and benzodiazepines which bind to separate regulatory sites.  When administered, it alters neuronal activity in multiple regions including the cerebral cortex, hippocampus, and cerebellum.

Q. What are GABA receptors?

the primary INHIBITORY neurotransmitter in the mature brain. It REDUCES neuronal activity of target cells through its binding to GABA receptors present on the cell surface. Nearly half of all synapses of the brain express some kind of GABA receptor and are thus responsive to GABA. 3 types of GABA receptors: GABA-A, GABA-B and GABA-C. GABA-A and GABA-C are ligand-gated chloride channels. GABA-B acts through a G-protein to activate potassium channels, which allow positively-charged potassium to flow OUT of the cell, again resulting in membrane HYPER-polarization and a subsequent decrease in neuron responsiveness. GABA is believed to play a major role in controlling neuronal hyperactivity associated with fear, anxiety and convulsions.